“What are you watching these days?” is a common conversation I have with different people.  Content creation has exploded along with your options on where to consume it.  I feel like I have more streaming subscriptions that I intended, and I don’t have them all.  A good friend of mine told me I needed to watch a show on Hulu called “The Bear” earlier this year.  It’s a story of a family restaurant in Chicago with a central character named Carmen.   He’s an outstanding chef who has stepped back into the family business after a tragedy.  It is pure chaos.  The language is filthy and the drama intense and believable.  Episode 7 is its masterpiece.  Thankfully that episode is only 20 minutes long as you probably couldn’t take any more stress in one sitting.  Everything goes wrong, employees are quitting, people are screaming, and Carmen is melting down.  What else can go wrong?

I started this blog series back in December 2016 as a public learning exercise on Bitcoin.  You can find the first 5 articles here.  This update will focus on the wild journey of 2022, where three key events have reshaped the crypto conversation.  We will tackle each of them in some detail, but in summary, it feels like it’s been a crazy year in Carmen’s kitchen.

Event 1 – Low interest rates and easy money leave the building.   The world has seen the lowest interest rates in history over the past 2 years.  This was punctuated here in the United States back in the market’s Covid panic of March 2020.  The US 10-year Treasury bond plummeted to 0.3% (a record low) and we saw interest rates turn negative in several developed economies around the world.   Stimulus was flowing, mortgages were at record lows, and financial markets ripped higher out of the panic.   Money was cheaper than ever.   Loose financial conditions breed risk taking.  It is the siren song of the markets.

Financial markets of every stripe have suffered losses in 2022.  The further up the “risk chain” of speculation, the bigger the losses.  Bitcoin certainly falls into the category of speculation.  A tough macro environment where buzz phrases of inflation, soaring interest rates, and recessions won’t be kind to higher growth stocks or cryptocurrencies.  The risk appetite for investors shrinks in this environment and prices respond accordingly.  Bitcoin began the year at around $47,000 and by early May traded for $38,000.

Event 2 – Chaos at Terra Luna and leverage.  In May, the Terra Luna network suffered an event that sent ripples throughout the industry.  I won’t spend much time here explaining the Terra Luna collapse, as you can read about it for hours.  Here is a Forbes article that does a pretty good job with the topic.  In summary, it is a story about leverage.  When you borrow money to invest it alongside your other funds, you bear an additional risk.  If the value of your collateral falls, your lender can liquidate your position to repay your loan.  It’s referred to in the industry as a “margin call.”  (Side note – click here for a great clip found on YouTube from the movie Margin Call.   It’s a 9-minute scene from the boardroom that is a masterpiece.  I’ll admit that I’ve watched it at least three times while writing this article.)

Safe to say, if you lose your own money that is bad.  If you lose your own money and money you borrowed, that’s significantly more problematic.  In the industry, we refer to that as getting liquidated or just “blowing up.”  The Terra Luna collapse set off a massive wave of liquidations which initially sent Bitcoin from $38,000 in early May to $30,000 by early June followed by another wave of liquidations in mid-June which sent the price to $19,000.  While Terra Luna has little to do with Bitcoin itself, it was a black eye that no doubt eroded the trust of investors.

Leverage and liquidations are not new to markets.  2008 was a story of leverage in the real estate market, and we remember the consequences to that.  It didn’t kill the investment opportunity in real estate, but certainly changed the timeframe and willingness of investors to participate beyond their primary residences.  You may recall hearing about a company called MF Global and its founder Jon Corzine that was liquidated back in 2011.  Significant leverage, co-mingling of client assets, and poor risk management led to a spectacular failure.  Some would argue that fraud was involved, but Mr. Corzine and his hefty political relationships were able to avoid such a charge.  Our next significant event in 2022 will sound awfully familiar to MF Global.

Event 3 – FTX and fraud.  In early November, we began to see chaos surround cryptocurrency exchange FTX and others.  Ironically, FTX had stepped in to bail out some other exchanges who suffered large losses in the wake of the Terra Luna collapse.  It was seen by many as a global leader capable of propping up weaker competitors for the “good of the industry.”  In reality, it is alleged to be a massive fraud full of self-dealing and misappropriation of client funds.

Frauds are tough to spot beforehand but seem terrifically obvious after they are revealed.  Enron is a classic example that was one of the 10 largest companies in the United States before it collapsed to zero.  Insiders and those close to the company had seen signs of dangerous behavior and risk taking, but to most it came out of the blue.  Ironically, the same John Ray III who worked on untangling the mess at Enron is now the new head of FTX which also finds itself in bankruptcy.  It’s former founder and CEO, Sam Bankman-Fried was arrested in the Bahamas in December and faces an extradition to the United States shortly.

Again, we’ll have to say that while FTX has little to do with Bitcoin itself, it is a black eye that no doubt erodes the trust of investors.  The Bitcoin network has not failed, been hacked, or even slowed down its ability to process transactions this year.  The FTX saga sent the price of Bitcoin down to under $16,000.

What Happens Next?  I certainly didn’t have a top 10 cryptocurrency being vaporized nor the alleged FTX fraud on my bingo card for this year, so I’m not sure my predictions hold much weight.  However, I do think there are some predictable consequences to the year’s events:

1. The price of Bitcoin is likely to “slug” around for a while.  Trust is a valuable asset and while it can be regained, it usually takes time.  One thing I’ve noticed in this industry is that people tend to have short memories following periods of great stress.  I’ve listened to people tell me that they would never have much to do with stocks after the collapse in 2008/2009.  Within 3 years, they sought to increase their allocation to stocks.    I think Bitcoin will have another day in the sun, but I’m not sure how close we are to that day.

2. The pace of regulation will likely speed up.   The crypto market is too big to not notice anymore.  Involvement in cryptocurrencies has increased substantially since the first issue of this blog.  Digital money is a more native language to younger people who turn into middle aged people and eventually retirees.  My guess is that the wind will remain at the back of digital assets over the longer term.   Politicians and regulators who have struggled to reach much consensus on digital assets will likely quicken their pace given the news flow of 2022.  When customer funds start vanishing, regulators stop walking and start running.

3. Someone’s loss is another’s gain.  Most of Wall Street initially whiffed on crypto as it saw digital assets as direct competition to its highly profitable monopoly on trading stocks and bonds.  I think you will see the emergence of some more traditional brokerage firms try to take leadership in the digital assets space.  Fidelity seems to be jockeying for this role.  Fidelity has been involved in Bitcoin since 2015 and operates Fidelity Digital Assets as a separate company to house their efforts.  Click here for a good podcast with Fidelity Digital Assets from late October 2022, where they discuss doubling their efforts in the industry.  The chaos of 2022 may present an opportunity for those in the brokerage industry who missed on digital assets the first time.

At the end of season 1 of the Bear, Carmen is forced into making some significant changes (I won’t spoil it and there is a season 2 coming).  In the crypto market, 2022 has felt a lot like the last 10 minutes of episode 7.  What else can go wrong?  Will every crypto exchange go down in a blaze of glory?

From a long-term perspective, chaos in the industry has weeded out those who took irresponsible risk and those that ran fraudulent operations.   It’s always just a matter of time before poor risk management or frauds come to light.  It is good for the industry over the long term to force out bad players.  Regulation will also provide a clearer picture for investors who wish to be involved in the industry.  Many larger investors avoided direct Bitcoin ownership as they could not calculate a “value” to Bitcoin based on traditional measures like cash flows, balance sheets, and profitability.  Ironically, they chose to invest in the cryptocurrency exchanges themselves (FTX) which have now led to massive losses for their investors.

I think digital money is a genie that’s not going to fit back in the bottle.   We are witnessing a frontier market grapple with issues around access and trust.  The market should be smart enough to solve those issues.  We’ve all probably looked at a great past investment and thought, “I wish I would have bought that 20 years ago.”  Of course, at that point, history has played out and we have perfect knowledge with hindsight.  Maybe the crazy events of 2022 have afforded us the chance to buy Bitcoin at a discount amidst the uncertainty.  Chaos can be an opportunity or a trap.  The problem is we only find out the answer in the future, when clarity has taken prices much higher or much lower.  I will leave you with one of my favorite investment quotes from an old Wall Street technician.

“When the time comes to buy, you won’t want to.” 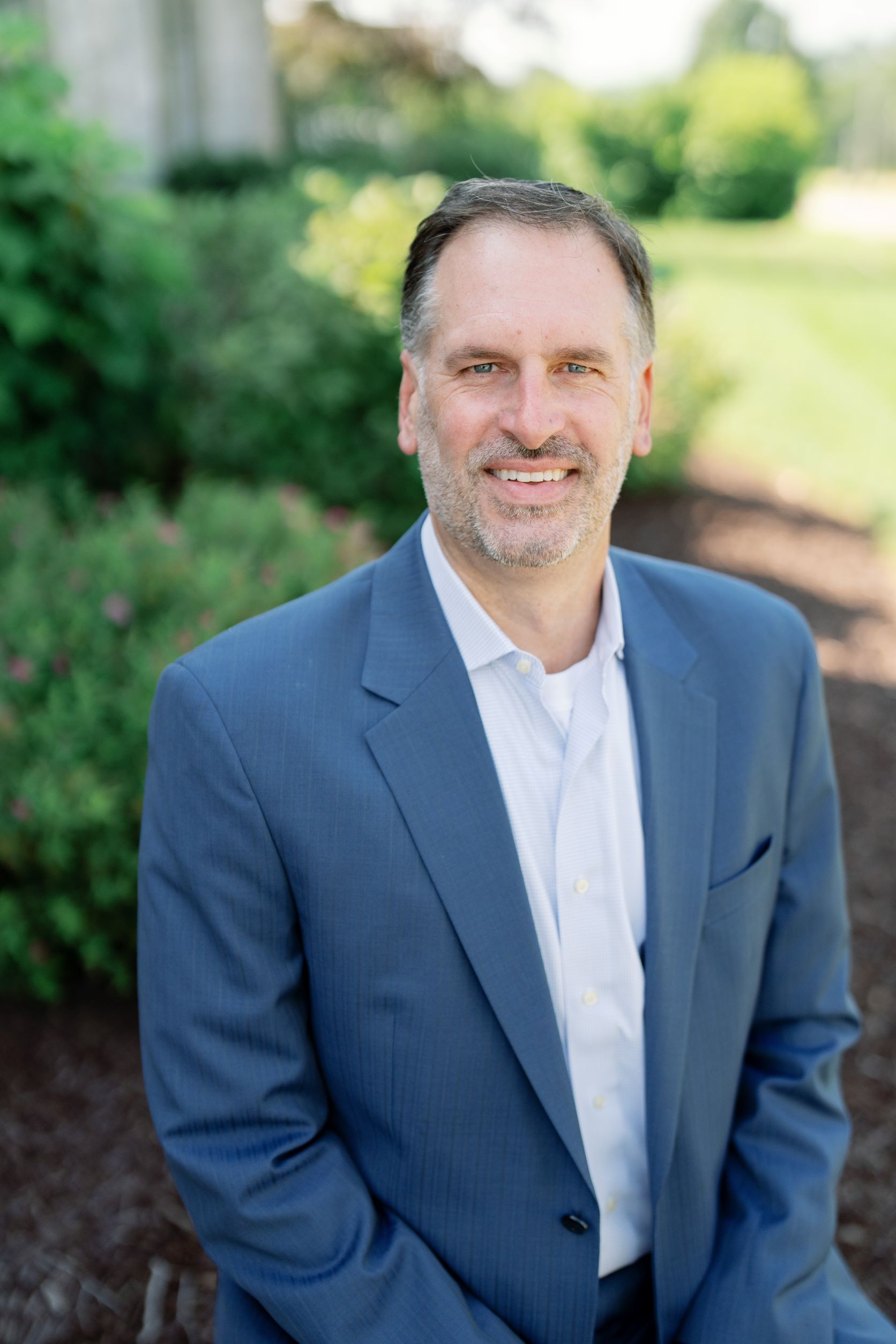 PYA Waltman Capital, LLC (“PYAW”) is an investment adviser registered with the U.S. Securities and Exchange Commission. Registration does not imply a certain level of skill or training. More information about PYAW’s investment advisory services can be found in its Form ADV Part 2, which is available upon request.  PYA-23-02