Bitcoin and the Double Deuce

If this is the first time you’ve read one of these, you can find the previous issues here (issue #1, issue #2, issue #3).  So far, we’ve covered some of the basics of Bitcoin – what is cryptography, how does it work, who might use it, is it going to exist in the future or be another investment flash in the pan?  Since writing about Bitcoin, the price has risen from $770 in December 2016 to approximately $11,300 in September 2020.

I last updated this project almost 3 years ago.  That is too long between updates, and I will attempt to do better in the coming years.   There have been incredible developments in the Bitcoin space, influential new protagonists have emerged, and most importantly adoption has increased with new individuals and institutional investors entering the space. 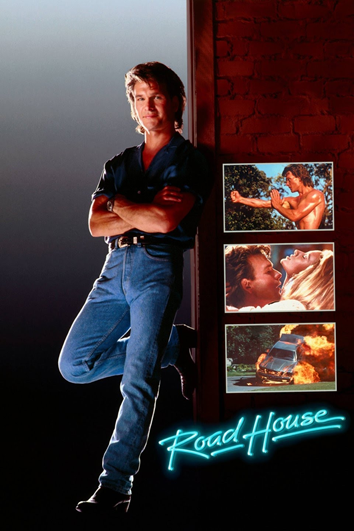 For some unexplainable reason, Bitcoin makes me think of John Dalton.  Patrick Swayze played the character of John Dalton in the 1989 action thriller Road House.   (SPOILER ALERT – if you have never seen Road House, I’ll soon reveal the entire plot in about one sentence.  The fact that this is possible is a sensible reason to not watch it, so read on).  Dalton is a bouncer with a history of turning rowdy bars into well run establishments (fun fact - the actual term for such a job is apparently a “cooler”).   Dalton is called to the Double Deuce, a bar in Jasper, Missouri to restore order.  The rest of the movie is largely fight scenes whereby Dalton successfully gains control of the Deuce, wins the girl, and eventually saves the town from a local domineering businessman/mobster named Brad Wesley.

I think what draws me to the seemingly random comparison between Bitcoin and John Dalton is the fact that Dalton can absorb unbelievable punishment yet keeps winning.  Bitcoin has taken lots of punches over being “virtual” money, has been routinely attacked by the Brad Wesley’s of the world (government leaders, bankers, traditional Wall Streeters, etc.), yet has outpaced every other mainstream investment in the world exponentially since inception.  To stay on theme, I am going to borrow a few classic lines from the movie to frame up this update.  Here goes nothing….

“I want you to be nice…until it’s time to not be nice.” – John Dalton

When Dalton starts out at the Double Deuce, he must set the tone with his crew of bouncer employees.   He instructs them to do their job, avoid taking anything personally, and to just be nice.  Keep being nice, until he notifies them that the time has passed to be nice, and then basically start fighting.  The COVID-19 year of 2020 has seen some interesting parties stepping out to start fighting for bitcoin.

Back in May, hedge fund manager Paul Tudor Jones (“PTJ”) announced that he would be allocating some of his Tudor BVI fund into Bitcoin.  “The best profit maximizing strategy is to own the fastest horse…If I am forced to forecast, my bet is it will be Bitcoin.”   Jones is considered a first mover in the hedge fund space and his opinions are closely followed by many.  He is also a true trader, the type of manager that has famously changed his mind at very opportune times to great success.  For all we know, he could have already sold his bitcoins.  Nonetheless, another large and influential hedge fund manager publicly supporting Bitcoin is a noteworthy development.

In my last update, I mentioned two parties that had come out with very public, negative opinions on Bitcoin.  Raul Pal, Real Vision TV founder, former hedge fund manager and current author of the widely followed Global Macro Investor (“GMI”) newsletter, was an early proponent of Bitcoin.  In June of 2017, Pal came out and disclosed that he had sold all his Bitcoins and that he no longer believed in the long-term viability of the concept.   Since then, Pal has changed his thinking and has reengaged with Bitcoin.  From Twitter on September 1, 2020, “The core focus was this month on crypto, which I think is the world’s best trade and of which I’m irresponsibly long, “ wrote Pal when speaking of his most recent monthly GMI Monthly.   History will judge whether changing his mind on Bitcoin was ultimately wise or not, but a common trait among successful investors is that they are willing and able to change their mind instead of being held captive to past opinions.

The second party that I mentioned in update #3 was Jamie Dimon, the CEO of JP Morgan Chase who in the fall of 2017 uttered the following statement, “If you’re stupid enough to own Bitcoin, you’ll pay the price one day.”  By January of 2018, Mr. Dimon said he regretted calling Bitcoin a fraud and said that he believed in the technology behind it, known as the blockchain.   In early 2019, JP Morgan became the first U.S. bank to create and successfully test a digital coin backed by the U.S. dollar (the JPM Coin).  In May of 2020, it was announced that two cryptocurrency exchanges had successfully established banking relationships with a large U.S. bank.  Previously, banks had shied away from working with crypto firms due to possible regulatory fear over fraud or money laundering.  Who was the bank that established those relationships?  I think you already know that answer.

After an altercation at the Double Deuce, John Dalton shows up at the hospital where he meets Dr. Elizabeth Clay.  The two will later become the main love story of the movie and we will shockingly learn that Dr. Clay was once connected to villain Brad Wesley.  As Dr. Clay gets ready to staple Dalton’s latest wound, she offers him something for the pain which he immediately declines.  “Do you enjoy pain?” she asks.  “Pain don’t hurt,” Dalton famously responds.

2020 brought about the third halvening, which just sounds like a painful experience for someone.   As more bitcoins are mined (remember there will only be 21 million available), the reward given to miners is decreased over time.  The halvings serve to decrease the rate at which new Bitcoins are created.  What is the point?  Some speculate that the system was designed to distribute coins more quickly at the beginning (2009) to incentivize participation and mining activity.   As participation increases, price should in theory also increase.  As prices rise, mining rewards become more valuable, so the halving serves to keep these in line with overall network growth.

Rewards Given to Bitcoin Miners at Previous Halvings 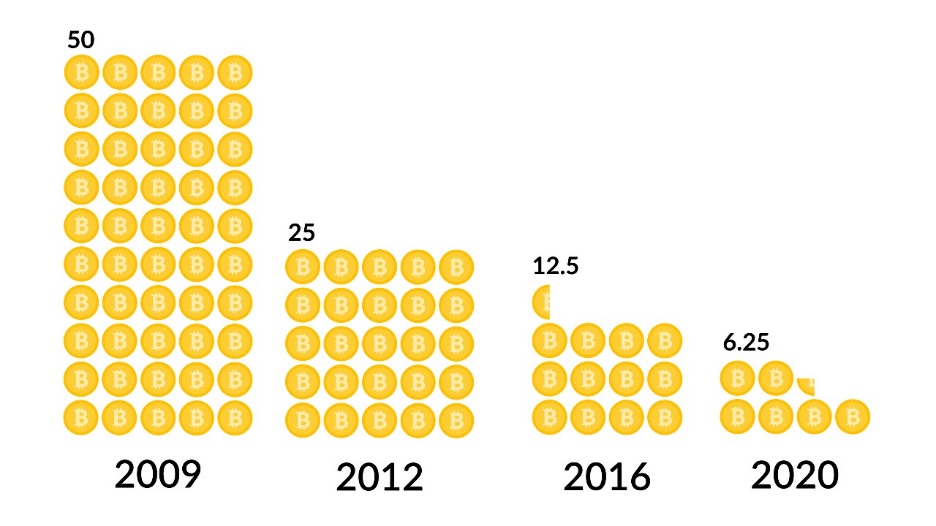 There has been an interesting juxtaposition during 2020 related to the global government response to COVID-19.  While governments around the world have been massively spending money and debasing their currencies in the process, Bitcoin has been reducing the rate of inflation and coin issuance as originally designed.  Should Bitcoin continue to prosper, I think this distinction will be one of the reasons cited.  Some Bitcoin proponents have argued that past halvings helped propel the price higher, and thus feel that at some point across 2020/2021 we are likely to see significantly higher prices in Bitcoin.  As always, time will tell.

Bitcoin remains about adoption and development.  Those two traits are intertwined and fuel each other.  Future development will bring about easier access, practical applications, and better transparency to the industry.  These developments will likely fuel adoption in the future.   Higher levels of adoption in a finite supply of anything will lead to higher prices.  It will be especially interesting to watch for changes in the way institutional investors view Bitcoin.  Fidelity published the results of a survey this summer where 27% of U.S. respondents said they had exposure to digital assets.  This represented an increase of 5% from the year prior.   Across the U.S. and Europe, 36% of the 774 respondents claimed to have exposure to cryptocurrency or some derivative of it.  Not surprisingly, the survey found that price volatility was the top concern slowing increasing adoption.

You never knew when a fight would break out at the Double Deuce (actually, you really should have expected one most of the time).  Similarly, you never know when the price of Bitcoin will randomly shoot up hundreds of dollars or plummet a similar move lower.  We just know these things will happen.  The good news is that if you own some and rightly consider it a long-term speculation, then as John Dalton would tell you, “pain don’t hurt.”  Not much that can be added to that.

PYA Waltman Capital, LLC (“PYAW”) is an investment adviser registered with the U.S. Securities and Exchange Commission. Registration does not imply a certain level of skill or training. More information about PYAW’s investment advisory services can be found in its Form ADV Part 2, which is available upon request. PYA-20-52